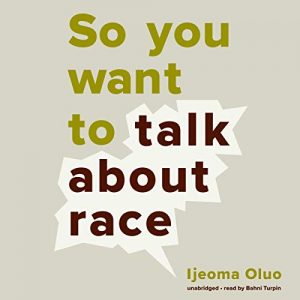 I recently concluded a 2-week crusade to educate those in my sphere of influence about racism. Due to COVID-19 and of the death of George Floyd, racism built into the system we call America was all but inescapable to anyone with a screen.

I’ve been on record saying that, were it not for COVID-19 and the fact that the whole world had to be in isolation, at home, and on their computers, Floyd’s death would’ve gone largely unnoticed as  “another senseless killing”.

But all of America – black, white, ‘you-name-it’ – had no other option but to bear witness to a man, senselessly, get the life squeezed out of him.

From this concoction of events sparked appropriate outrage and protests across the nation. It became clear that one of the things we (America as a society) so shy away from talking about, one of the elephants in the room – race (the others include sex and class) – could no longer be ignored.

Side-thought: Isn’t it funny how the big problems America, presently or, has grappled with (racism, sexism, classism) end in ‘ism’. If it ends in ‘ism’, America’s got a problem with it.

So I decided I was going to start talking.

Well, sharing, excerpts from one of the most profoundly simple books I’ve read on race – Ijeoma Oluo’s So You Want to Talk About Race. I shared these in hopes that I could get even one person to educate themself too.

Hell, I even found the book on Youtube and made a simple bitly url (https://bit.ly/lets-talk-about-race-book) so that people didn’t have to wait, or borrow the book from the library as I did, they could get this amazing information now!

Below are the excerpts I highlighted (view videos on IG).